A lot has changed since I was doing student radio. The industry has seen significant changes, mainly in the form of mergers, shop assistants now understand what DAB radio is, and social media has developed into a welcome broadcast partner.

The media industry (like many others) is being squeezed at the moment. Newspaper circulation is falling and even the might BBC World Service has suffered depressingly large cuts thanks to the government’s (in my opinion ill-advised) move to cut its funding.

Student radio at the best of times isn’t exactly flushed with cash, so how is student radio surviving in an era of cuts and multimedia distractions?

As I listened to the other members of my panel speak, I realised that now is a fantastic time of opportunity for student radio. Students are moer likely to be au fait with, and natural users of some of the emerging technology that radio traditionalists are stuggling to grasp. They are better placed to understand their audiences, because they are their own audience, and with the offers put on the table by Pete Downton (Imagination technologies) and Michael Hill (MD, UK Radio Player) I was excited (and maybe a little jealous).

I really hope that those present in that session a) realised what a big deal those offers were, and b) act on it immediately.

I should take a step back and explain. When I was involved in student radio I was writing letters of interest to be included on a potential local DAB multiplex and campaigning for student radio stations to be able to apply for community licences. My committee and I worked tirelessly to prove that the university owned a particular contiguous area of land that would allow to apply for a Low-Powerd AM licence. We got it, but then found a whole host of students had no idea how to tune into AM on their stereos. It was still a big step for us to becoming a “proper” radio station.

The current crop of student radio die-hards are being offered not only the chance to be listed on Pure’s Lounge (available via their internet-connected DAB radios), but also the chance to get onto UK Radio Player. The major shareholders in UK Radio Player are the BBC and UK commercial radio sector and the aim is to provide a uniform online radio listening platform to encourage radio listening. Users are able to enter search terms which will then return a list of stations or shows that match. Imagine having your student radio station just a search term away from Radio 1. It’s a fantastic opportunity. 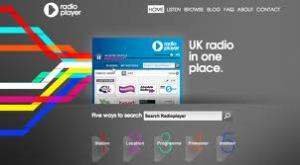 One of the big beefs of the commercial radio industry is that there is not a “level playing field” in UK radio. What they mean is that the BBC has the lion’s share of national frequencies. Student Radio could never hope to have a national FM frequency, but by being a part of the UK Radio Player they would be listed alongside the most listened to and influential stations this country has to offer.

There’s more. Metadata is essential for searchability, but many professional stations are lagging on this front. It’s hard to convince people that they need to add more detail, they are used to doing a job they know, why would they want to do something extra? Student stations, if they were clever, would exploit this point and ensure they are immediately on the ball with tagging their content. The more they tag, the more likely there are to turn up in search results. In a multimedia world, findability is key.

Note for Station Managers: It’s worth keeping an eye out for when your university is in the news. If you can be reactive to what’s going on, in real time, while people are interested in your university then this could be a good way to score listeners or media coverage. (Alternatively, be careful, if the media suddenly realise that your student station could be a source for juicy stories, you could be in for an interesting ride with the university press office!)

If those aren’t enough reason to get excited, then what about the amazing advances in technology that mean you no longer need the best quality recording equipment to produce compelling content? I told a story about my time in student radio, when I saved up all the money I had and bought myself a decent minidisc recorder. That was the future.

One day I was too ill to do my show and I so I called the studio and asked the previous presenter to cover me. Moments later I noticed that the college my window looked out on was on fire! An ancient Cambridge college being on fire is actually a decent news story. I rang the studio (after the fire brigade) and gave a live report. My next step was to dash out with my minidisc recorder and get an interview with the firemen who turned up. I was immensely proud to be on the scene before Anglia News, but how could I get my content on air? There was nothing for it. I had to run up the hill, clutching the minidisc and the “breaking news” and physically deliver it to the studio. So much for being ill. It was exciting, yes. Efficient? Not at all.

Nowadays I could have just grabbed my smartphone, interviewed the fireman, taken his photo, added tags and a title and sent it immediately to the interwebs thanks to Audioboo. Now I feel slightly uncomfortable talking about how awesome Audioboo is, given that they are now paying me, but I have been using them for the last two years and saying the same thing, so I hope you’ll forgive me.

Audioboo gives student stations a fantastic opportunity to build up a reporting team who can deliver real time news, simply and easily. My student station only had one studio. That meant there was no way to edit news packages or interviews or anything like that. I find that Audioboo trains you to get it right the first time, record a short but interesting interview in the time that you are given. You don’t need to panic too much about it being perfect because you can just mess around on your phone, but that practice means that when it needs to be perfect, you’re much better placed to do an “as live” interview.

So there are three things that make me both excited for and jealous of the people that are doing student radio now. The fact that if they choose, they can be on a level playing field on both internet connected radios, thanks to Pure, and that they can claim their place on UK Radio Player (which, for the record, I think will transform radio listening). Not only that, but technological advances mean that they no longer need either expensive outside broadcast kits, or hyper-intelligent techies to find a way round the problem, but they can just download apps like Audioboo to their mobile phones and give major players a run for their money.

If they truly realise all the opportunities that are open to them right now, student stations have an excellent future open to them. It is my whole-hearted hope that they stop for a moment, think about it, and then grab every single opportunity that is available.

Of course, if they need a hand with Audioboo, I’m here and happy to help.

Listen to my chat with UK Radio Player’s Michael Hill.

One thought on “The Future of Student Radio?”

This site uses Akismet to reduce spam. Learn how your comment data is processed.